skip to main | skip to sidebar

[2011 Gayo Daejun Special] KBS - The Okay, The Boring and The Sleep-Inducing

I think the title alone is a big giveaway of how the KBS Gayo Daejun was. Sometimes sleep-incuding, most of the time boring, and occasionally okay. Yup, that's about right. It was a smaller venue than the SBS and KBS ones, which means that KBS should've had an easier time handling the sound quality and such, but I'm afraid that was not the case, because vocals during the latter parts of the show were horrid. Plus the fact that the people in the audience were practically zombies, and the acts looked bored out of their wits, as if they were forced to appear on the show. Which they probably were. 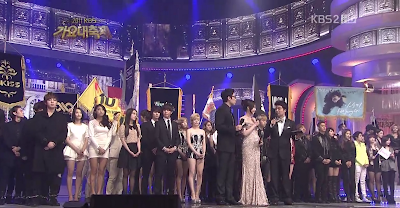 I wanted the acts jumping through hoops and fire, KBS, HOOPS AND FIRE. I got none of that. At all. Even from my beloved DBSK. How dare you.

Two things before we start. This recap focuses only on idols, so the other acts who appeared on the show, rappers and the like, will not be included in the selection. And also, I wanted to get this out as fast as possible before everyone forgets about the Gayo Daejuns. So due to the fact that today is a school night and I have a mountain of readings to tackle (ALREADY!! *sobs*), plus I'm about to collapse from fatigue and stress and general exhaustion, the videos and other formatting details will have to wait until tomorrow when I'm a bit more alive. Please don't ask me for the videos, because writing this up took a so much effort, and a lot of strong coffee.

Before we get to the three main categories of this recap, there is one performance that deserves a special mention. Not because it's amazingly good, but because it was horribly blasphemous.

Kim Hyun Joong - "Rainism"
If Rain saw this, he'd bawl his eyes out because it's so bad. It's even too bad to be a parody, because parodies are deliberately made bad, so they can be funny (did anyone see that Kim Shin Young parody where the lyrics were about food?), but Kim Hyun Joong was as serious as serious can be. And really now, even if Rain wasn't exactly K-Pop's best singer, at least he could sing his own songs! This performance was LIP-SYNCHED, and it was STILL bad. The dancing wasn't that hot, the vocals were pathetic and painful, especially towards the end when he tried to do those runs, and this was a useless performance. Absolutely useless.

THE BORING
Davichi - "Don't Say Goobye"
It's a gorgeous song, and a gorgeous arrangement, with those epic drums and the stunning and flawless harmonies, but it was soooooooooo boring. The only thing keeping me awake was the thought that their voices were really gorgeous, and the harmonies kinda gave me little slaps on the face to keep me from drifting to sleep. And it didn't help that they were the only ones on stage and they were just standing there. I don't talk about it much, but I've always believed that the visual aspect of a performance is important too. Always second to the music, yes, but without the visuals you get performances like this.

4Minute - "Mirror Mirror"
It was interesting enough until they started singing, with all the back-up dancers behind them and the white coats against the dark backdrop, but it just got boring once they started singing. The dance break was okay, and Gayoon standing alone on stage kinda woke me up a bit, but once the singing started again there were nothing special, even with the remix and all the flashing lights.

U-Kiss - "Neverland"
I understand that they were trying to do the "epic" sound with this re-arrangement, but it completely sucked all the life out of the song. That's not just because their vocals were muffled, but because the instrumental was so one-dimensional. They tried to put some kick in it, but failed miserably. The entire performance sounded like U-Kiss were submerged in a tub of jello, and all you hear are muffled screams.

f(x) - "Danger"
Everything about this performance looked, and sounded, so robotic. Except Luna's line, but everything was so stiff, and Amber looked bored. There's a difference between orchestrated down to the last detail and robotic, and this performance was robotic.

Secret - "Shy Boy"+"Love is MOVE"
I adore the re-arrangement of "Shy Boy", it had spunk to it, but what ultimately bored me to death was the fact that "Shy Boy" was lip-synched. Their vocals were too clean for the performance, too smooth for something that should be really high-energy and lively, because of the nature of the processing. But on the other hand, their live vocals on "Love is MOVE" were weak, and that bored me too, because it sounded just like a regular weekly music show. I'm better off watching an episode of MuBank, the sound might even be better.

SNSD - "The Boys"
This was just like any other performance of "The Boys", and it wasn't even done extraordinarily well, in fact, they sounded even more strangled than they usually do, and that was the only thing that kept me awake, to be honest with you.

2PM - "Electricity"+"Hands Up"
"Electricity" was okay, but when you slow "Hands Up" down, it sounds even worse. It's repetitive, it's monotonous, and the instrument is very one-dimensional, so it literally sounds like you just slowed the song down at home and played it at a New Year's Eve party with your family and friends. It just goes on and on and on and on. If not for their stage presence, this would've put me to sleep from the very beginning.

THE SLEEP INDUCING
f(x), 4Minute, Infinite, IU, Super Junior, - K-Pop Shuffle Dance Special/K-Pop To The World
Oh dear. The lights gave me a headache, and the dubstep overload just put me to sleep. Gee, thanks KBS. You clearly didn't want me to watch the rest of your show. Seriously, even with the hooks under the heavy looping, the thing just went on and on and on and oooooooooooon. And they were essentially just doing a bunch of dance steps over and over and over and overrrrrrr. Although, the one thing that amused me was the fact that "Mr. Simple", without the heavy remixing, fit right in to the medley. That just goes to show how shallow that song is.

BEAST - "Fiction"
You know, when the performers themselves look like they're bored out of their wits and scream half-hearted "let's go!"'s, it affects their entire performance. Everything. And BEAST performed - sang, danced - like zombies. It's not even funny or incredibly bad, it's so pitiful that I just wanted to sleep through it to not see it. And it doesn't help that Hyunseung completely destroyed his high note. Even when they changed the arrangement towards the end, they still looked half-asleep, and the guy singing looked like he was about to cry. There was absolutely no kick to this performance, and it's such a shame because I expect a lot from BEAST.

Kim Hyun Joong - "Lucky Guy"
This is definitely a better choice, over "Break Down", because it's just that much more lively and fits Hyun Joong's vocals, but it STILL put me to sleep. It didn't help that this came over that horrid shuffle dance medley, so I was still half asleep. Even if it's a lively song, Hyun Joong's vocals have absolutely no sense of dynamics, nor do they have any body, and so he effectively made this performance flat. The best part was the end.

IU - "Good Day"+"You and I"
Strong, consistent, vocals, but the remix was so boring and generic that, once again, it sucked out all the life out of the song. And even if IU's vocals are nice, they're pretty thin around the edges, and so she needs kick to her arrangements. This was just flat, so her vocals turned too cute and too weak, albeit okay. And it put me off for the rest of the performance, so when "You and I" came on I was already knocked out and asleep. And no amount of bouncy, IU could've erased the boring arrangement she just did beforehand.

The Okay
Infinite - "Paradise"+"Be Mine"
The lights on the suits, although not exactly original, were a nice touch and an okay way to open the show. Nothing especially spectacular happened on this performance, but their vocals were pretty solid for Infinite standards, the dance intro was well-prepared and practiced (no one forgot anything), and the transitions, from the dance to the remix of "Paradise", to another dance break and finally to "Be Mine", were clean. The fact that this is one of the best performances of the night should not only be a compliment to Infinite, but an insult to KBS.

SISTAR - "SO COOL"
I never thought I'd see the day where I'd put a SISTAR performance among the best, but really, after the boring performances that came before, this was a welcome relief. And it's not like SISTAR are completely talentless, only 3/4 of them! Hyorin's vocals were incredibly strong as usual, and for the first time I didn't notice their lack of grace that much. I see improvement!

Wonder Girls - "Be My Baby"
The beginning was messy, I don't know if it was on purpose or what, but their choreography was all over the place. Their vocals were strong, and up until the dance break it was actually really boring. All I could think of was that if I wanted to see a performance like this, I could've watched a weekly music show. Even their comeback was more flashy than that. But the end kind of resurrected them, and it was so amusing to hear Ye Eun and Sun Ye actually singing what should've been autotuned. I'd say, as a whole, this is okay verging on boring.

DBSK/HoMin - "Before U Go"+"Why? (Keep Your Head Down)"
This was not their best. It wasn't, and I'm disappointed, but their heavily overdubbed vocals could've been because this was pre-recorded and SME couldn't help but show off their flashy studios. HOWEVER, if you listen well enough (like I know many of you did!), it's rather clear that they're actually singing and not just relying on the overdub because their vocals were actually consistent. And that's something these new acts have to learn. Like what I said about their SBS performance, DBSK are, first and foremost, singers, and so even with the overdub, it's courtesy to the audience to sing live for a live performance. And that's what separates them from their back-up dancers, that's why they're the featured artist on their albums. Not because they look good, go on variety shows, and dance on stage, but because they sing.
Email ThisBlogThis!Share to TwitterShare to FacebookShare to Pinterest
Labels: 2PM, 4Minute, Beast, Davichi, DBSK, f(x), Gayo Daejun, Girls' Generation, HoMin, Infinite, IU, Kim Hyun Joong, Miss A, Secret, SISTAR, SNSD, Super Junior, U-Kiss, Wonder Girls
Older Posts Home
Subscribe to: Posts (Atom) 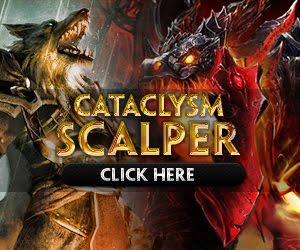